Between the mid-‘60s and ‘70s, Albert’s three sons joined the company: Bert Kobayashi, Sr. in 1962, followed by his brothers James Kobayashi and Ron Kobayashi. Bert was promoted to president of ACK in 1984, with Albert retiring the following year.

In 1986, the same year that Russell Young joined the company, ACK opened its main office in Waipio and also began transitioning to an ESOP (Employee Stock Ownership Plan) firm, a process that was completed by the late 1990s. Russell Young was named president in 1994 and still retains the leadership position today.

The company has been involved in a wide variety landmark projects over the years, ranging from comprehensive renovations at the Hilton Hawaiian Village and historic Moana Surfrider Hotel to the award-winning Park Lane Ala Moana luxury condominiums. Throughout its history, ACK has earned a reputation for quality work that aims to meet every client’s project budget, schedule and quality requirements. 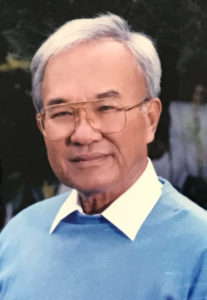